Kihon is a Japanese term meaning "basics" or "fundamentals."The term is used to refer to the basic techniques that are taught and practiced as the foundation of most Japanese martial arts.The practice and mastery of kihon is essential to all advanced training,and includes the practice of correct body form and breathing, while practicing basics such as stances, punches,kicks, blocks, and thrusts, but it also includes basic representative kata.

Kihon is not only practicing of techniques, it is also the karateka fostering the correct spirit and attitude at all times.Kihon techniques tend to be practiced often,in many cases during each practice session. They are considered fundamental to mastery and improvement of all movements of greater complexity.

Kihon in martial arts can be seen as analogous to basic skills in, for example, basketball.Professional NBA players continue to practice dribbling, passing, free throws, jump shots,etc. in an effort to maintain and perfect the more complex skills used during a basketball game.Styles of karate differ greatly in the emphasis placed on kihon.

Kihon may be practiced as "floor exercises", where the same technique or combination is repeated multiple times as the students move back and forth across the floor. Japanese kihon training is notorious for extended periods of kihon training. This style of practice is believed to ingrain the techniques into the muscle memory of the karateka.Some styles employ "kihon kata" in teaching beginners.

Additionally, kihon may take the form of prearranged partner drills whereby two students face each other and alternate execution of a technique. This approach combines repetition with training in distancing. Targets for punching and kicking, such as bags, shields, or dummies, are generally used at more advanced stages of kihon training to strengthen muscles, bones,and skin.The basic techniques of blocking, punching, striking and kicking are both the beginning of karate and the altimate goal.

Although only a matter of months may be sufficient to learn them, complete mastery may not come even after a lifetime of training.The student must practice regularly,with maximum concentration and effort in the execution of each and every movement.This will not be sufficient, however, unless the techniques are scientifically sound and the training systematic and properly scheduled. To be effective, training must be conducted on the basis of correct physical and physiological principles.

It may come as a surprise to many to know that the techniques created and refined through long and continuous practice by the early karate student have been found to accord with modern scientific principles. And the more they are studied, the more this proves to be true.This is not to say that there are no unsolved problems, but these mustawait further study.Further refinement of karate is quite probable, as techniques are analyzed in an unceasing effort to improve them through a scientific approach.In order to benefit from his training,the student should have a good understanding of following primary points.

The weapons of karate-do are various parts of the human body.Every part that can be effective in defense or offense is used,It is in this respect that karate-do is different from the other martial arts.Systematic training is the only way to develop weapons that will be ready for use at any time,in any place,in any situation.It is most important that training of every part of the body be continuous and methodical.Intensive training alone is not abequate to convert the parts of the body into powerful weapons.

Fundamental to the improvement of one's karate technique is the acquisition of correct andbalanced from.A strong technique is born from a firm, sure-footed stance.Whethre the technique is offensive or defensive, it will not be effective if the body lacks balance and stability. The ability to counter an attack under any circumstances depends largely on the maintenance of correct form. For techniques to be powerful, fast,accurate and smoothly executed, they must be launchedfrom a strong and stable base.

In karate stance (tachikata) refers to the position of the lower body,the hips and the legs, which literally carry the upper body.Thus techniques are at their best when form is at theoptimum. The moment when this is important is the instant in which a techniqueis executed. Good form is not rigid. Overconcentration on maintaining a firm and stable position will result in loss of mobility, whichis necessary for the succeeding movement.It is well to remember that skyscrapers can be built only on a solid foundation.

Breathing is coordinated with the execution of a technique, specifically inhaling when blocking, exhaling when focusing technique is executed, and exhaling when successive techniques are performed.
Breathing should not be uniform; it should change with changing situations.When inhaling, fill the lungs full, but when exhaling do not expel all the air.Leave about 20 percent in the lungs. Exhaling completely will leave the body limp. One will not be able to block even a weak blow, nor will be able to prepare for the next movement.

The karateka should coordinate breathing with her techniques. Breathing enhances the karateka's ability to relax and concentrate maximum power in her techniques.Correct breathing -- fully exhaling when finishing a strike, for example-- is necessary to developing kime. The karateka should not breathe in a uniform manner; her breathing should change with the situation. Proper inhaling fills the lungs completely.Proper exhaling leaves the lungs about 20 percent full -- exhaling completely makes the body limp, leaving the karateka vulnerable to even a weak attack.

Kime is a Japanese word. It is the noun form of the verb "kimeru,"which means "to decide,""to conclude," or" focusing" ,etc In English, its general meaning is "deciding." or "focusing"

Kime is a commonly-used Japanese martial arts term. In karate it can mean"power" and/or"focus," describing the instantaneous tensing at the correct moment during a technique.

The tension at this time is mostly focused on the dantian ("hara") and abdomen.In other budō, the term refers to attacking a pressure point.In all cases, certain finality is implied.

Without breath there is on life. Without Kime your karate is lifeless.It is essential that you understand that all karate techniques must be performed with Kime.

Kime is the focusing of mental energy,breathing and physical force culminating in a single striking point.

Karate is not whole without all these elements.

The key to kime is the breathing.Any physical activity requires correct breathing,witch works with the body not against it.

The grunts and groans athletes make are not for effect; a student is using his breathing along with his muscles to explode with maximum effect, producing the most potent force possible.No effort is wasted.

There are various methods of breathing, but the basic method for beginners is: 'One breath one technique'.In a relaxed but controlled manner breathe out through a slightly opened ,mouth complete the breath and technique at the same moment closing your mouth instantly as if biting. Simultaneously tense the abdomen, locking the rest of your muscles for a fraction of a second before relaxing and breathing in normally.As you tense and lock the muscles of the abdomen, the buttocks should be clenched so that the abdomen lifts up and forward

The hips are located at approximately at the center of the human body,and their movement plays a crucial role in the execution of various types of karate techniques.

Eventually the feeling should be one of the hips turning in a sharp cutting movement.

As for techniques, there are those with a fast, strong, large movement and those with a rapid, sharp, small movement. It is essential to learn which technique is appropriate to which situation. This can only be done by accumulating practice.Important in beginning training is the mastery of large-scale technique that is fast,strong, up to the standard and that travels the correct route.

The faster the rotation of the hips, the better, for this gives an abundance of speed to the technique. The principle of the rotation is the same as that of a spring.The tighter the spring is wound, the greater will be the force when it is released. Rotating the hips (to the half-front-facing position) and blocking is like winding the spring. Rotating the hips the other way (to the original position) and punching is like releasing the spring. Withdrawing arm (hiki-te)-Hip rotation (block)-Reverse hip rotation-Punch.

The Important Points
1. Keep the hips horizontal to the floor, and rotate them smoothly.
2. Do not allow either hip to raise; always keep them level.
3. Do not turn the shoulders only. Turn the upper body smoothly and in unison with the hips.
4. Always keep the torso upright,taking care that the buttocks do not protrude to the rear.

In many Karate techniques the power does come from the rotation of the hips. To understand it, try swinging a baseball bat without allowing your hips to rotate.  You can't generate power. In the case of the baseball bat the hip rotation comes quite (but not completely) naturally. Much of Karate training is about leaning how to employ the hip rotation to create speed, power and disguise in the techniques. I can't begin to explain it, because you need to train in Karate for a few years to learn it.

If I could explain it here nobody would need to train. As for the legs,the legs support the hips so yes they are very much involved!

The hips are a crucial, yet oft-neglected component in executing karate techniques. Hip rotation adds power to the upper body, and is thus essential to strong blocks and punches. The hips' proximity to the body's center of gravity make them the foundation of strong, stable movements, good balance, and proper form.The karateka cannot move as smoothly, quickly, or powerfully if the hips are passive.For this reason, teachers often remind their students to "block with your hips,""punch with your hips,""strike with your hips" and "kick from your hips."


In any sport, the performance of a top athlete is very rhythmical. The applies olso in Karate. Whether it is a deciisive technique-punching, kicking, blocking or counterattacking, and no matter how strong or accurate the technique may be otherwise,timing must be precise.Being the least bit early or the least is nothing but a mistake.The moment a technique is completed, you should take a new stance, one in whi

Zanshin (残心) is a term used in the Japanese martial arts. It refers to a state of awareness – of relaxed alertness. The literal translation of zanshin is "remaining mind".In several martial arts, zanshin refers more narrowly to the body's posture after a technique is executed.

In Karate,zanshin is the state of total awareness.It means being aware of one's surroundings and enemies, while being prepared to react
In Kyudo zanshin means the body posture after the loosing of an arrow;the posture is intended to reflect the higher meaning of zanshin,which is a mental aspect maintained before, during, and after an action.

In the context of Kendo,zanshin is the continued state of spirit, mental alertness and physical readiness to meet the situation (such as an opposing attack) that must be maintained when one returns to kamae after attacking. It is one of the essential elements that define a good attack.

During the practice of Aikido the usual method of practicing zanshin is to focus on the just-thrown uke, or opponent, while holding kamae and maintaining awareness in case there are additional attacks or attackers. In Iwama Style training, zanshin is practiced as general awareness of one's surroundings, of which uke is just a small part 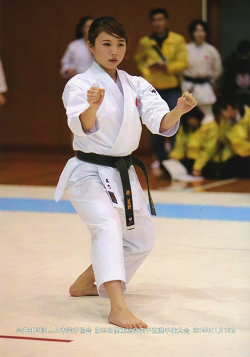 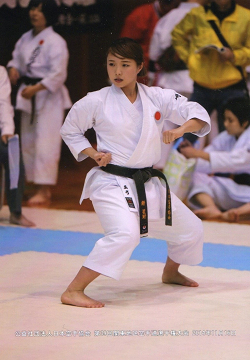 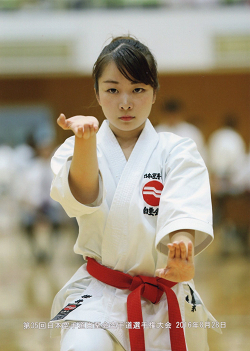 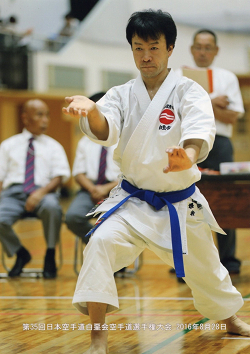 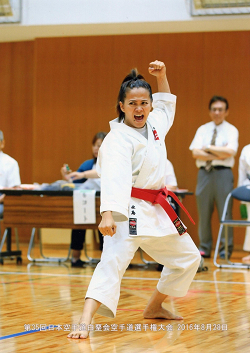 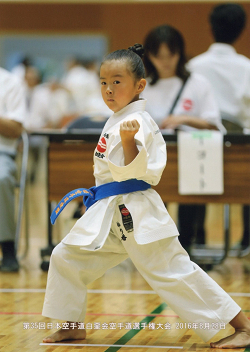 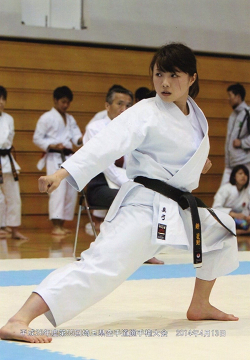 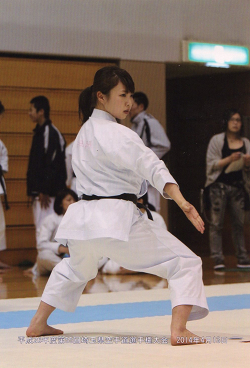 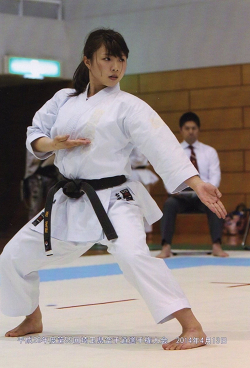 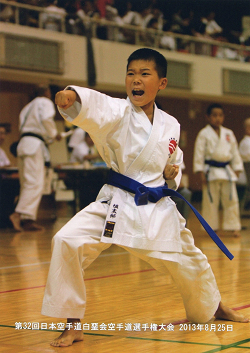 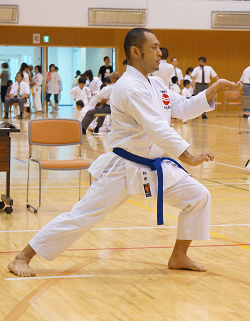 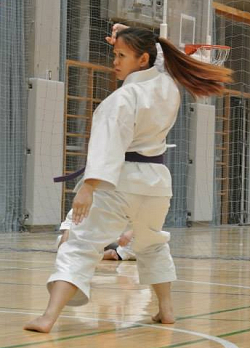 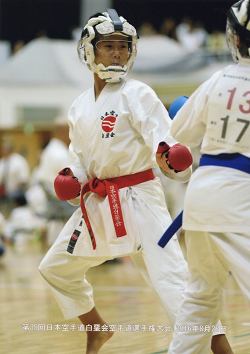 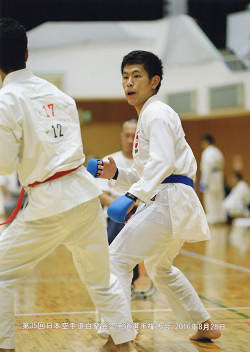